Excerpts from University of Pennsylvania: The Campus Guide by George E. Thomas:

"[Stouffer Hall] was constructed in 1968-1972 from plans of Geddes, Brecher, Qualls and Cunningham; it echoes the formal, if not stylistic themes of its neighbor [The Quad]. . . Shops along the Spruce Street facade create a mixture of commerce and residence similar to that of medieval villages -- reflecting Jane Jacobs' influence on urban design . . .  Stouffer carries the name of its chief donor, Vernon J. Stouffer, Class of 1923, and head of Stouffer Foods Corp."

Stouffer College House -- one of Penn's original College Houses -- initially consisted of Stouffer Hall located at 3702 Spruce Street. The House thrived, and had a reputation for artistic, interesting residents who were admitted by a special application process. House newsletters were produced in nearly every year of its existence: The Stouffer Exchange, Stouffer News, Stouffersphere, and the Stouffer Tribune. Dedicated and vocal, Stouffer loyalists were willing to take on the University Administration as needed, as evidenced by news clippings from the 1980s and '90s. Internally, the student House steering committee always had a strong hand in House affairs, and still does today.

A dining hall was an integral part of the overall House structure, called Stouffer Triangle. Both Quad and Stouffer residents were assigned to eat there.  With the adoption of the Penn-wide College House system in the late 1990's, Stouffer residents learned that the University was contemplating demolishing Stouffer Triangle altogether, in part because the dining hall was no longer profitable.  In 1999, current residents and loyal alums protested loudly in campus publications. By September of 1999, The Daily Pennsylvanian reported that the "scheduled 2001 destruction of the Stouffer Triangle . . . has been postponed."  The Stouffer faculty and staff had their priorities as well. Faculty Director Phil Nichols was quoted as saying "We're more interested in our community than any pile of bricks, even though we love that pile of bricks."  Needless to say, the demo never happened, though the dining hall was closed (in 2001) to make way for other offices and departments, including the Platt Student Performing Arts House and the central office for College Houses and Academic Services (CHAS). When CHAS introduced its student competition to create a coat of arms for each House, Stouffer resident Nicole Joseph submitted the winning design in April of 1999; it featured an "embattled line" to reflect the controversy. Drawing on their namesake, the House motto, Nihil Domo Similius, (a Latin version of the Stouffer food company's motto "Nothing comes closer to home) was adopted.  The company not only granted permission, but ran an article about it in the Nestle "Very Best Times" newsletter.

In other developments, Mayer Hall, located a half block west of Stouffer Hall at 3817 Spruce Street, was being converted from a residence hall for graduate students and their children to an undergraduate hall in the College House system. Controversy followed this decision initially (graduate students were allowed to remain there until 2002) and Mayer was incorporated into Stouffer in the 2001-2002 College House brochure. The former "playroom" that once housed children's toys on the main floor was remodled and the playground in the backyard was removed.

Named for Harold C. Mayer, the 7-story hall was the "first building to be constructed by the University on the new Super Block" in 1964. Mr. Mayer was a 1915 graduate of Wharton, a University Trustee, and a senior partner in the Wall Street firm of BearStearns and Co. According to George Thomas, "As originally built [designed by Esbach, Pullinger, Stevens and Bruder], Mayer Hall . . . [had] blue and yellow panels below the windows" which were replaced in the late 80's.

The two buildings have blended harmoniously into today's Stouffer College House; freshman who start out in Stouffer Hall quickly become a part of the close-knit family and in subsequent years, remain loyal to the House but sometimes move up the street to roomier quarters in Mayer Hall.  Stouffer remains the winningest House in the history of the College House Cup. In fact, former Stouffer GA, Michael Housman, funded the purchase of a oversized trophy and the prize now bears his name.

During a brief period, 2005-2007 to be exact, the nearby Zeta Beta Tau fraternity house had lost campus privileges, and the University used it as swing space for students, dubbing the small building Stouffer Annex.  It was an anomaly in the House history, but had some interesting benefits as it provided an independent living space for transfer students who could access Stouffer's numerous amenities.

Over the summer months of 2012, Mayer Hall received a significant upgrade with new flooring throughout and improvements to student rooms such as all new bathrooms and fixtures, brand new kitchettes, new furniture and fresh paint. 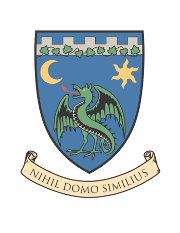